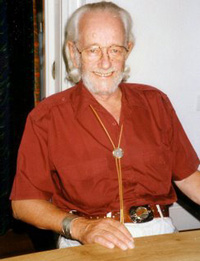 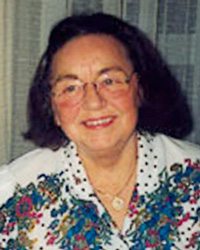 Bruno Huber was a Swiss astrologer and teacher who, with his German born wife Louise, founded the Astrological-Psychology Institute in Adliswil, Switzerland.

Bruno Huber began studying astrology in 1947. When Bruno met (1952) and married (1953) Louise he was also a student of psychology and philosophy. Louise was deeply involved in the esotericism of Alice Bailey and theosophy. Combining all these influences, Bruno began to research and compare psychological test results against astrological terminology and ideas. In 1956 the Hubers moved to Geneva to set up an Alice Bailey arcane school there. But the most important influence on the development of their astrological ideas came in 1958 when they moved on to Italy to study with Roberto Assagioli, the founder of Psychosynthesis.

According to Bruno, it was Assagioli who encouraged him to work towards creating a blend of Psychosynthesis and Astrology as a tool for counselling and personal development. This emerged as the Huber Method and from 1968 the Hubers launched their Astrological-Psychology Institute from their home outside Zurich. Teaching in German, API rapidly drew to it a body of enthusiastic students. A bi-monthly magazine Astrolog followed in 1981.

In 1983 the Hubers gave their first English language course at Exeter University, England as an introduction to the Huber Method. This led to the founding of a UK subsidiary to the Swiss API now known as the Astrological Psychology Association.

Because of his original training in psychology and Psychosynthesis several elements developed by Bruno Huber as part of the Huber method were challenging and original when set against traditional astrological teaching. For example, Bruno set out to ensure that your first contact with a new chart was through ways to see the chart as a whole. This emphasis was very different to those who still created long lists of planets in signs and houses and then wrestled with the great work of 'synthesis'. Louise Huber lectured on their Life Clock, a symbolic journey around the chart in 72 years as a model of human life, moving from Cardinal phase to Fixed and on to Mutable before entering the next Cardinal phase.

The way that Bruno Huber approached the feminine in a chart, distinguishing Saturn as the symbol of the older woman from the Moon as the symbol of girlhood and the younger woman was often disturbing to astrologers who had trained in classical traditions of astrology. And Bruno's choice of the Koch house system for the Huber Method was also controversial. Bruno simply felt that every element in the Huber method had been rigorously researched and tested and it was what worked.

The Hubers had a powerful, charismatic relationship which established them as internationally renowned speakers and astrologers towards the end of the 20th Century. Bruno Huber died in 1999 and Louise in 2016. Their son Michael Huber continues their work. 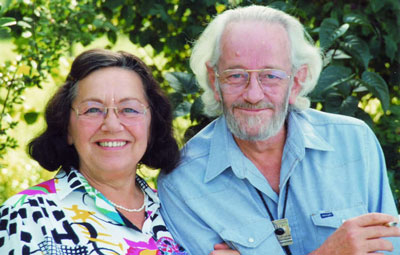 Lifeclock: Age Progression in the Horoscope

Man and his World

The Astrological Houses: A Psychological View of Man and his World

Transformation: Astrology as a Spiritual Path

Astrological Psychosynthesis: Astrology as a Pathway to Growth

Astrology and the Seven Rays

(See also books by Joyce Hopewell from the UK APA and Roberto Assagioli: What We May Be)