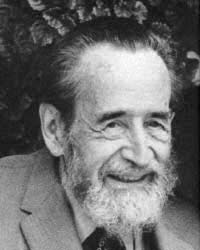 Dane Rudhyar (1895 –1985) is widely regarded by astrologers as one of the key figures in modern western astrology. Stephen Arroyo named him one of the twentieth century’s greatest astrologers.1 Richard Tarnas stated that "Jung and Rudhyar were the key figures in a more psychologically sophisticated astrology"2 Rudhyar was also an accomplished classical musician and composer, a transcendental artist, theosophist and philosopher. Why were his ideas so influential?

Born Daniel Chennevière in Paris on 23rd March 1895 at 12.32am, he moved to California in 1920, and in the 1920s was more well known for his musical compositions, although already he was interpreting music in esoteric and psychological terms, regarding melody as a direct manifestation of the quality of change, and change itself as the fundamental experience of life. In California he was active in the Theosophist movement, and met Alice Bailey who helped facilitate the publication of many of his later astrological works, all of which were characterised with a sense of almost evangelical urgency. In the theosophist tradition a New Age was imminent, and humanity had to prepare itself for an event that was regarded both literally and symbolically. All Rudhyar’s writings need to be seen in this context. His name change to Rudhyar symbolised dynamic action and the electrical power of storms. He was introduced to the astrologer Mark Edmund Jones in 1929 and by the 1930s began writing for American Astrology magazine.

Rudhyar’s astrological ideas were deeply grounded in the metaphysical concepts of change, motion, space, time and life cycles. Change was at the heart of the human experience of life and it needed a concept of time passing, and also of space to enable different energies to relate. Motion was crucial – "Motion, space and time constitute an old metaphysical trinity, which is as fundamental as can ever be conceived. Being is the synthesis of all three. But what we call more particularly 'life' is symbolised by the element of motion."3 For Rudhyar astrology was a study in significant motion, and astrological symbolism rested on two types of motion, the axial rotation of the Earth and the orbital revolution of the Earth around the Sun.4

He felt modern western philosophers paid too little attention to the cyclical nature of time.5 Cycles were at the heart of his astrology and philosophy: "Astrology is philosophically meaningless unless it rests on a thorough understanding of cycles and of the creative potency of every moment – especially those 'seed moments' which become by reason of their being the points of departure of cycles."6 He defined astrology as "a technique for the study of life cycles."7 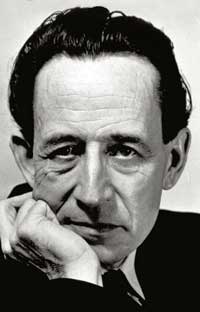 One of Rudhyar’s most influential works The Lunation Cycle, published in 1967, examined the relationship of the Progressed Sun and Progressed Moon. He regarded this lunation cycle as "the archetype of all simple planetary cycles of relationship."8 Other cycles such as that of the solar system could last millions of years, making it impossible to say with any certainty that the earth or universe was not a living organism. Rudhyar challenged astrologers to reject a linear view of history and to connect to the deeper spirituality and core meanings of life from a cyclical perspective.

His writings on life cycles also need to be seen as preparation for a New Age based on the precession of the equinoxes. But Rudhyar was also one of the first astrologers to pay close attention to the cycles of the relatively newly discovered planets of Uranus, Neptune and Pluto. He regarded the Neptune Pluto conjunction of 1891 as deeply symbolic for the New Age. He noted that the orbit of these planets around the Sun of 84 years, 165 years and 248 years respectively, constituted a significant relationship of approximately one-two –three.9 He believed these planets symbolised a new shift in human consciousness. Six years after its discovery he described Pluto as a planet of rebirth, and the final stage of individuation.10

This psychological language, drawing on Carl Jung, illustrates Rudhyar's role in not only reconnecting astrology to its metaphysical roots, in the context of preparing for a theosophical New Age, but crucially in modernising astrology and integrating it with the new depth psychology of Sigmund Freud, Roberto Assagioli and above all Jung.

Rudhyar was acutely aware of the zeitgeist of the twentieth century, in particular depth psychology, which had not been available to early theosophists such as Helena Blavatsky. Freud was a crucial influence, but Rudhyar believed his relative lack of spirituality was incompatible with Plato’s concepts of a spiritual world of ideas or archetypes that existed prior to matter.11 He regarded Jung as "a modern spiritual guide" and was attracted to his concepts of individuation and archetypes.12 Rudhyar felt the first breath of a new born baby needed to be seen as the first great symbol of individuation, and that the time of birth was a particular moment, reached as a result of millions of causes converging, and consequently making each individual unique.13

He envisaged the birth chart itself as an archetype:

"The symbolic meaning of the birth chart of an individual...is actually as far as its psychological value is concerned, an archetype in the unconscious.... The birth chart is a symbol of extraordinary power, and this symbol, because it is based on mankind’s primordial experience of the sky.... opens the door to man's ability 'to find his place in the great stream of life' in terms of an archetypal pattern of order. This pattern of order is actually presented to man by the pageant of ceaselessly moving points and disks of light in the sky. It is his to behold. For a person to study his birth chart means to discover the order of the sky at the root of his being."14

However Rudhyar also remained committed to theosophy throughout his life and felt Jung limited his ideas by concentrating on life processes, which theosophists regarded as an interlude, and not considering the whole of the life cycle i.e beginning, middle and end.15 He combined the literalism of theosophy with Jungian symbolism as part of a grand holistic vision and was critical of contemporary astrology for lacking a psychologically integrated purpose.16

Rudhyar stressed the importance of developing a specific transpersonal astrology and psychotherapy, which would reach out to those who realised personal growth was not an end in itself. His concept of the transpersonal implied a "descent" of power from above converging with the aspirations or "ascent" of an individual.17 This meeting could be painful and perplexing for an individual as it implied a letting go of the personal ego and autonomy in order to become part of something greater. He regarded these few people as the "Seed Men and Women" of their generation, in the theosophical tradition of masters and adepts.18 Individuals were born to meet a particular need of humanity.19 He saw his role as planting "seed ideas" for future generations.

Rudhyar met Assagioli, the founder of psychosynthesis, in Italy in 1936, and called his approach "a subliminal language, rich with symbolic meaning."20 Assagioli stated "Rudhyar’s whole trend of thought is in the spirit of psychosynthesis."21 Like Assagioli, Rudhyar was concerned with a clarification of the concepts of "Self" and "I," believing the central question needed to be not "Who am I?" but the very nature of "I" itself.

Rudhyar was alert to the symbolic significance of the first moon landing in July 1969, which occurred as he was completing his major philosophical work, The Planetarization of Consciousness, and in this book described the Globe as the greatest symbol of the future.22

The Role of the Astrologer

Rudhyar was critical of cookbook astrological interpretations and stressed the importance of intuition and looking at the astrological chart as a whole. "If one looks at a painting, one would not merely examine certain coloured bits on the surface of the canvas, and like or dislike this spot of red or that square of blue. One has to face the painting as a whole."23

He did not focus on "good or bad aspects" but felt a new terminology was needed. Planetary transits and progressions were crucial, and should be interpreted from a perspective of cyclical development. Aspects between planets needed to be traced back to the point when the two planets were last conjunct, symbolically the start of any cycle.

He stressed the responsibility of the individual for his/her actions:

"Events do not happen to us. We happen to them....The individual meets the world; the world does not bother to go and meet him. If a brick falls upon the man’s head as he walks along the street, it is the man’s responsibility. He walked into the field of the brick's fall. He happened to the brick because he is a conscious individual and the brick only a piece of universal nature, Man happens to nature."24

Rudhyar’s importance as a philosopher and astrologer is primarily his holistic and integrated view of the world, which integrated theosophy and depth psychology into a modern twentieth century astrology. He maintained it was possible to combine the literalism of theosophy with the symbolism of Jungian psychology. His writing, art and music aimed fundamentally to inspire, challenge and above all to prepare humanity for a New Age. He reached outside the relatively narrow astrological world to engage with philosophers, psychologists and spiritual teachers. He was at heart an agitator for social, psychological and political change. A generation after his death in California in 1985 his ideas are as relevant as ever as our planet faces the new challenges of the twenty first century.

Rudhyar published an enormous number of books and articles, a selection of which are listed below. In addition www.khaldea.com/rudhyar/ has a wide range of articles on Rudhyar.

The Pulse of Life: New Dynamics of Astrology ( Berkeley : Shambhala 1970 )

Astrology and the Modern Psyche: An astrologer looks at Depth Psychology ( California CRCS 1976 )

The Practice of Astrology as a Technique in Human Understanding ( Boulder and London : Shambhala 1978 )