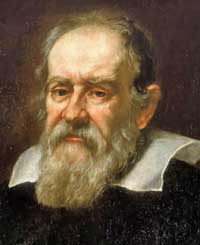 Like any other mathematicus in Italy at the turn of the 17th century, Galileo took astrology for granted and practised it in a quite matter-of-fact way. Like Kepler he was a heliocentric astronomer/astrologer which was a radically new thing, but unlike Kepler this did not stimulate him to examine or re-evaluate that ancient art. Mathematici in Italy then were supported by princes, and part of the job, indeed the main part, was to interpret the horoscope of the prince or patron and give advice. Galileo did this rather superbly, especially when he had discovered the four new little moons of Jupiter in 1609 and was explaining how Fate had reserved them to be found by a servant of the Medici family, such that the four Medici sons - the young Grand Duke Cosimo de Medici and his brothers - would each get one moon.

Contrary to what science historians have generally written through the last four centuries, there was no such thing then as an astronomer who 'pretended' to interpret a chart to humour a patron: such scepticism only developed later in the 17th century, basically after Descartes and Newton, and it appeared in England and France, not Italy. Galileo's library as analysed posthumously had no texts expressing scepticism about the ancient art.

Galileo did get into trouble with his astrology, owing to its fatalism. Around the first decade of the 17th century we see him in Padua, holding the Mathematicus chair. An amanuensis who lived in his household was impelled by his conscience to report to the Holy Inquisition that Galileo was matter-of-factly dispensing death predictions! Such and such will happen to you, he was telling clients. The church did not have a problem with astrology as such, however it would not endure any talk about astral determinism - and accused Galileo of just that! That was even more serious than the way he would go off to his fiery redhead courtesan on the other side of Venice when he should have been attending mass: she became the mother of his two daughters, whom he put into a monastery. (NB he was charged with 'having reasoned that the stars and planets necessitate', a charge of the 'utmost gravity' - but it was not pursued, i.e. he was not found guilty, his position in Venice protected him.)

Galileo experts have repeatedly failed to understand that Galileo taught astrology, with a medical-horary slant, in these lectures - and indeed that Padua as Europe's second oldest university had an especially long and proud tradition of teaching this topic. The evidence is scant, admittedly - after all, massive censorship has gone on down the centuries over this whole area - and it comes from two of his letters, in which he discusses the medical students who attend his lectures. It would be strange today for medical students to attend a mathematics class, but they then did so to learn how to set up a chart for the onset of illness: just as Morin held the Mathematics chair in Paris, given for medical students.

Galileo first steps into the glare of public acclaim when in 1604 he gives lectures about the great triple conjunction of Jupiter and Saturn, and the New Star mysteriously shimmering with different hues which had appeared near to it. Somehow, Galileo explained, a gestation-process of that triple conjunction had produced the mystery star. 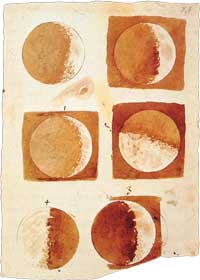 When in 1609 he discovers with his new telescope the surface of the Moon and all the Milky Way stars and the little moons of Jupiter*, he then writes a Foreword to his bestselling Sidereus Nuncius ('announcement from the stars') giving the horoscope of his patron the young Cosimo II de Medici. Exposing the chart of one's patron in public could be risky, but Galileo was concerned to point out the strong Jupiter-aspects in the chart: Jupiter was at MC** of the chart, appropriate for a ruler, it was well-aspected, and the sign which it ruled, Sagittarius, was just rising. He attributed seven qualities of Jupiter to the young Cosimo (maybe not appropriately as he seems to have been a rather feeble ruler): 'clemency, kindness of heart, gentleness of manners, splendour of royal blood, nobleness in public functions, wide extent of influence and power over others.' No single English-language science historian has commented on these, but one French historian has averred that he found them in Ptolemy, which is far from evident. Galileo's view, expressed in his foreword to Nuncius, was that the 'Maker of Stars' had been instructing him over those nights.

Science historians always fail to see these things, and want to make Galileo as sceptical as themselves - which indeed is why they like him so much, because they reckon they can cast him (as did Brecht in his play) as a sceptical modern. If we fast-forward to 1630 when his magnum opus Dialogue Between Two World-Systems was ready, he comes to Rome with it, and has dinner with an old friend the monk Morandi, who unknown to him had been amassing horoscopes of the Pope and all the cardinals to assess their prospects. Galileo nearly got into very deep trouble here. The pope was an old friend of Galileo (when he was just a Tuscan poet Maffeo Barberini) and had written a poem about Galileo, comparing him to the star Antares, 'Heart of the Scorpion', and he called it 'In Dangerous Adulation' - he admired Galileo's brilliant intellect but sensed that he would be trouble. The pope wasn't really bothered whether the Earth moved or not, but was worried that he might have been made fun of in the character 'Simplicius,' one of the three in Galileo's immortal trialogues.

His Dialogues do scoff at those astrologers who made 'predictions' in retrospect, i.e. were wise after the event ('Retrospective prediction is a wonderful thing' to quote Nick Campion) - but let's be clear that he never as such scoffs at the ancient art in his grand masterpiece. His book is obsessed with the tides, as if thereby he could demonstrate the Earth's motion; in which he erred.

Sagredo was his best friend when he lived in Venice, and we have his chart of Sagredo together with some character-insights written beside it: as to how Venus' position in the chart might incline him to be unduly sensual and pleasure-loving in his habits (his phrase here was, 'the ill-balanced lady of the geniture'): Sagredo certainly knew how to enjoy life. Historians know the intellect of Galileo, and portray him as an egoistic and sarcastic character - which he was - but one can only appreciate the soul of Galileo through his horoscope-comments, because that was the language of his psychology, his comments about others. As one of the three immortalised in his trialogues, we recall that Galileo did so much enjoy lively debates with Sagredo; but, as well as that, he drew up a large table of 'primary directions' in a manner that shows how he would give repeated consultations to Sagredo.

The charts of his two daughters remain, where his analyses involved the 'path of fortune', and such obscure, antique concepts as the hyleg and apheta. Spica was the main fixed star he used, where he even used conjunctions to it at several degrees of orb. Tables given below added up arithmetically the different 'dignities' of the aspects. As to what these charts were 'for', I like Grazia Mirti's suggestion that they were drawn up when his daughters were fourteen years and he was putting the two of them into a monastery for life - as he could no longer afford to keep them - and was trying to convince himself that they had a religious sense and destiny (which he saw as coming from Saturn as well as Spica).

It was a glorious time to be an astrologer, because of that triple-conjunction with the amazing new star, and the prediction of the 'trigon' of conjunctions moving into the fire-element, an event that happened only once in eight centuries, helping to bring about the Renaissance with its great sense of optimism and bold new adventure. Campanella, the politically-incorrect visionary philosopher, took the view that Galileo himself and his new science, was expressing the meaning of that great new initiative - which might have been Kepler's view more soberly expressed in his De Stella Nova of 1606. Campanella was surely a good friend of Galileo, as eight long letters of his survive to Galileo - but, no replies by Galileo remain.

In 1626, Galileo wrote a little-known foreword to a work by a Portuguese Neo-platonist Jew, a Mr Bocarro, praising: 'his astrological judgements, similar to prophecies', adding 'So, I invite him who explains the book of the universe to admire, love, and praise the talent of this man.' Who else gets praise like that from Galileo? (N.B. This text has been omitted from all collections of Galileo material through the centuries, only published in 2001. I have inspected it in Florence.) Quite likely his Medici patrons told him to do this, but nevertheless this has to be one more nail in the coffin of the belief that Galileo's astrological beliefs somehow faded away in his mature years.

* N.B. he called these planetae because 'Luna' was then a proper noun just like 'Mars', and no-one could add an 'e' on the end to make it plural.