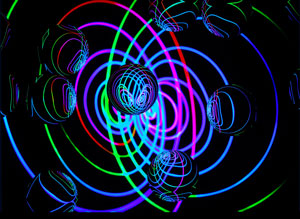 Astrology no longer operating outside the boundaries of science.

Astrology used to be viewed as a pseudoscience, but we now have enough scientific evidence to counter this view. We have large-scale peer-reviewed experimental outcomes that show repeated results. These results not only validate astrology they allow us to formulate a theory of astrology that can be tested.

For more than three hundred and fifty years, astrology has been operating outside of the boundaries of science. Indeed, since the leading figures of the Western Enlightenment, Copernicus, Galileo, Kepler, Newton, Descartes, and Hume showed us how to understand the difference between what we believe to be true through faith and tradition and what we can know with a high degree of certainty through experimentation, astrology has been outside the tent.

While astrology has always looked scientific, (it uses mathematics, psychology, astrometry, and geometry), the scientific establishment has flatly rejected it, claiming that it is a pseudoscience. A pseudoscience is something that looks like science but provides no predictive value or genuine insights.

We can now say with a high degree of certainty that linking this claim with astrology is wrong.

The decision that astrology is a pseudoscience was taken on or around December 22nd, 1666 by Jean Baptiste Colbert when he founded the French Academy of Sciences. All subsequent judgements about the subject have been made based upon, and affected by, the insights of this date in history.

Your first question at this point might be: How could it be that a decision taken almost 355 years ago can affect the subject today? The answer, quite simply, is because of the amount of scientific research done since that date. There have been multi-billions of hours of research into all the sciences that made it into the French Academy – Mathematics, Mechanics, Astronomy, Physics, Chemistry, Mineralogy, Botany, Agriculture, Anatomy and Zoology, Medicine and Surgery. And, since then, all these subjects have changed beyond recognition.

In contrast, there has been comparatively close to ZERO hours of scientific research into astrology. Only a tiny number of funded researchers have experimented with astrology.

Note that back in the 17th Century medicine was in a similar state to astrology, but surgery was in a far better place. In 1658, the diarist Samuel Pepys reported being operated upon by a surgeon who removed a bladder stone ‘the size of a tennis ball’. The same surgeon is recorded eight year later ‘bleeding’ his patient. So, while surgery was quite advanced in the 1660s, general medicine was largely based on ancient texts, untested beliefs, and doubtful practices. Medicine made it into the French Academy of Sciences on the back of surgery, but astrology, separated from astronomy, did not.

It took 130 more years before general medicine started to look like a real science. That’s when vaccination was discovered, a development followed by breakthroughs leading to anaesthesia, antiseptics, germ theory and antibiotics.

By contrast, if we make a claim that cannot be falsified (which is a key quality of any pseudoscience) we can neither prove nor disprove the claim. Until recently, there were very few replications in astrological research. But this is because there was extraordinarily little astrological research done.

Now that we have some repeated outcomes the question becomes how does this change the landscape?

Two years ago, I carried out a repeat of an experiment that I first conducted in 2005. In this experiment I tracked down 1,300 intimate relationships of people in the public eye, tracking each as if I were tracing organised crime networks applying a technique known as Criminal Groups Analysis. This method enabled me to gather a great deal of accurate data from public sources in a controlled process.

It was difficult for me to unconsciously select only positive examples because I was primarily concerned with people in multiple relationships. However, instead of the associates of Al Capone or The Kray twins, I was looking at Frank Sinatra and all his wives and girlfriends, and all their partners and their partner’s partners.

In the study, I looked at the date the relationships began. Using a specially written computer program, I counted the astrological aspects (angles) between the Sun, Venus, and Mars in both partner’s birth charts but also in their secondary progressed chart (which is like a moving horoscope) for the year in question.

Our research, peer-reviewed and published in the Correlation journal, provides statistical support for the method astrologers call synastry, which is used to evaluate compatibility potential between couples. Simply, when doing a synastry reading, astrologers check out the angular relationships between planets in a couple’s compared natal birth charts or horoscopes. Importantly, our research confirmed the validity of this approach but also showed that planets that are progressed or moved ahead in time using the secondary progression technique are significantly more involved at the start-up of relationships.

With secondary progressions, astrologers calculate how far the Sun, Moon and planets have progressed around the horoscope wheel using a day-for-a-year formula. For every day that passes, planets in the progressed horoscope are advanced the number of degrees (forward or backwards in retrograde motion) they have travelled in a single day. There may not be a strong Sun/Venus connection in the natal synastry chart comparison, but it shows up impressively 30 years later in a progressed synastry chart when the couple meets for the first time.

For comparison purposes I created a control group of 2.6 million false relationships. In both the 2005 and 2019 experiments I achieved the same result for only one planet pair (Sun and Venus) in three types of aspect or angle. Another significant planet pairing (Venus and Mars) arrived when we reduced the sample to “love affairs only.”

The chances of achieving this result (for the Sun/Venus pairing) in the 2005 study stands at 244 billion to one. The 2019 results are a similarly astronomical number. When we put both results together, we find that it is sextillions to one that the results are through chance alone.

There have been very few breakthroughs in astrology in its history (and why would there be if there is no research?). However, in the 1950s, French statisticians Michel and Francoise Gauquelin managed to find an astrological variable that enabled them to formulate a repeatable experiment.

What the Gauquelins discovered is that, in the natal horoscope of eminent sports people, Mars appears just after rising and culminating.

Traditional astrology says that eminence is associated with planets at the rising and culmination points. But the Gauquelins found that the eminent people in their study had Mars consistently, significantly, and repeatedly in the wrong place. This experiment, although modified to include other findings beyond sports people and including other planets, has now been replicated by different researchers 15 times. The researchers demonstrated an astrological effect that deviated from existing astrological theory or practice.

The reason my findings can provide insights into the Gauquelin results is because I found an effect that requires the horoscope to be in motion, i.e., progressed using traditional astrology’s day for a year formula. If the horoscopes that the Gauquelins used were viewed as progressed horoscopes, or as horoscopes in motion, the presence of Mars just after rising and just after culmination makes sense. That’s because, in the progressed horoscope, Mars will very often actually move across the rising and culminating points within a couple of decades, coinciding with the point in life when most sports people become eminent, assuming this is the result intended for them.

Quite possibly, the Gauquelins were seeing the same dynamic effect that I have demonstrated, only from a different vantage point. Because of the observed results in my studies, I’m ready to suggest a breakthrough. Specifically, horoscopes are not fixed, they move, and they change. We know how fast they move, and we know that when we apply this rule, we get repeated significant results.

Some astrologers are unhappy with this fact; they suggest that astrology is not a science and that it is a complete and unchangeable subject. I disagree. Ancient Greek scientists were able to do many things, including measuring the circumference of the Earth and speculating that matter is made of atoms. But should we really expect them to have known all the details about astrology?

People today may refer to Wikipedia when they want to know what the accepted facts about a subject might be. If someone who knew nothing about the subject visited the Astrology and Science Wikipedia page, they probably would come away with the view that astrology has no predictive power and therefore is of no scientific value. However, this Astrology and Science page is clearly out of date.

Paul Thagard, Karl Popper and Brian Cox are the anti-astrology sceptics quoted on the Wikipedia page. When I added these nay-sayers to the celebrity couples research database mentioned earlier, what I found did not confound me. I learned that when Thagard, Popper and Cox were involved in close intimate relationships they responded to the same Sun/Venus aspects that made my replicated experiments so significant. These critics may not believe in astrology, but they can’t avoid demonstrating its validity as their personal life stories unfold.

Learn more about Paul Westran in the pilot video of the Astrology News Service's Research Series.

Paul Westran is the author of the books When Stars Collide and 22nd Century Science. He is currently the head of software development for a police force in the southern hemisphere. Other articles describing his research are posted on Astrology News Service.