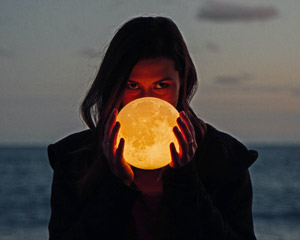 Therapeutic astrology interprets the planets psychologically as representations of our varied human drives.

It comes as a surprise to some people that astrology could be relevant to mental health care, as we astrologers are the ones often viewed as slightly nutty.

Astrology’s critics argue that astrology implies a doctrine of predestination that could disempower and cause some adherents to lose a sense of their own free will. Thus, skeptics might consider astrology incompatible with the aims and methods of therapy.

That can sometimes be a valid critique, as there are astrologers who speak in a fatalistic manner about planetary influences such as the negative effects of eclipses or various planetary debilitations, and they often end up instilling fear in others. That’s why I emphasize the importance of using this knowledge in a way that empowers the person, clarifies key tasks, and identifies specific action plans; our work is to facilitate transformation at critical phases of life.

Therapeutic astrology interprets the planets psychologically, as representations of our varied human drives, motivations, and activities, such as feeling (Moon), thinking (Mercury), relating (Venus), asserting (Mars), planning (Jupiter), working (Saturn), and reorganizing (Uranus). We relate what is happening in the sky to what is happening inside us, within the human psyche.

Analysis of the birth chart is a way to know oneself more clearly and objectively, to clarify a person’s primary interests, motivations, and personality traits. It helps us understand spousal and family and business relationships and shows how people are organized differently from one another, so we can accept and love one another more deeply.

Astrologers believe that our state of wellbeing and mental health can be positively affected through a trained attunement to nature’s cycles and phases, indicated by celestial patterns. We observe correlations between cycles of planets and the developmental stages within a human lifetime. We strengthen the individual’s creative will and give it an archetypally nuanced focus.

Astrology can help us track the natural fluctuations in mood and energy states that everyone experiences, to understand the specific challenges or suffering that can engender psychological distress, depression, or disorder, and to find a clear direction for the future so we can begin to do something positive to improve our situation. Psychotherapy integrating astrological symbolism to identify pressing issues and concerns can be clinically sound as well as immensely catalytic. I have described this at length, with many examples, in my books, Planets in Therapy and Astrology’s Higher Octaves.

Astrological knowledge may be used to modify dysfunctional traits and behavioral patterns, refine the personality and improve a person’s state of emotional and mental health. The proof of astrology’s validity is ultimately found in the successful adaptation to life demonstrated by those who study and practice its core principles.

Certainly there are people who aren’t psychologically sound enough to use astrology, who have an external locus of control and think things just happen to them and they have no volition. Then astrology is counterproductive and contraindicated. All medicines are contraindicated for some individuals. We’re not saying this is right for everyone. It’s not appropriate for someone in the grips of an active psychosis, or someone who uses astrology to abrogate responsibility and to feel disempowered and victimized by fate and destiny.

No competent practitioner would support that attitude. A person needs the intellectual capacity to distinguish literal interpretation of planetary influence from metaphorical and poetic interpretation—to distinguish a symbol from a concrete reality. Rather than fearing the planets as forces that strictly determine what happens to us, we can approach the symbolism of the natal chart as an archetypally-themed structure that lends organization to our life planning and choices.

Astrology isn’t a panacea that in itself will cure people of depression and anxiety disorders. It is knowledge that must be deeply studied and contemplated—and then acted upon. We discern in its symbolism images of the most favorable action to undertake at any moment. It inspires us to undertake life-transforming projects with a sense that this is the shape of things; this is the way things want to happen. This knowledge teaches us to live in accordance with our own true nature and to move with the rhythm of planetary cycles through various stages of life, informed by a unique time perspective that isn’t found in any other discipline or field of study.

Greg Bogart is a psychotherapist and astrologer practicing in the San Francisco Bay Area. He is a licensed Marriage and Family Therapist and a lecturer in the department of psychology at Sonoma State University. A native of New York City, Greg attended Wesleyan University. Relocating to the San Francisco Bay Area in 1986, he completed his graduate work at the California Institute of Integral Studies (CIIS) and Saybrook University. Greg has been a licensed psychotherapist since 1991 (LMFT 28276). Greg is also certified as an astrological counselor by International Society for Astrological Research (ISAR) and holds level IV certification from the National Council for Geocosmic Research (NCGR). He was trained and certified as a yoga teacher at the Iyengar Yoga Institute of San Francisco, from which he graduated in 1992. He is the author of many books and articles, described on his website heep://www.dawnmountain.com