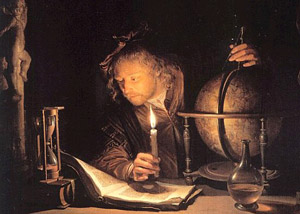 The modern argument for astrology-as-divination has been around for some years, but its ramifications are not widely appreciated. This article outlines in a few steps this reinterpretation of a significant part of our astrology, while throwing into relief some of its more radical suggestions.

The issue is not at first easy to take on board. Different themes have to be harnessed, like horses in a team of four, before a consistent direction can be determined. It is not easy because the direction we are taking runs against the grain of our common way of thinking about things. More difficult still, it runs counter to the Saturnian spell of false objectivity and determinism which has for so long held astrology in its thrall.

Step One: Judicial Astrology is Divination

Astrology covers a vast domain of theories and practices. The first step is to divide that domain, and to make clear that I am not trying to marshal the whole of astrology under the banner of divination. I follow a division already established in the late medieval tradition, between Natural and Judicial Astrology, and my concern is limited to the latter. Judicial astrology is the art of specific judgments and predictions. These judgments are commonly horoscope-based, and they are made for an individual, or for an individual entity such as a nation. All conventional forms of horoscope interpretation, whether natal, horary, electional, mundane etc., are part of judicial astrology. Natural astrology refers to a much broader perception of order in the cosmos, above the contingencies of life and chance which may be revealed in the individual horoscope. It includes the doctrine of signatures and the occult correspondences of the stars, for instance in metals and herbs. It moves towards science in the original (non-modern) sense of this word.

With judicial astrology we enter the realm of divination. This is not a whimsical modern notion. The epithet 'divinatory astrology' was current in the Renaissance critique of astrology, for instance in the writings of Marsilio Ficino and Pico della Mirandola, particularly referring to the claims by astrologers of the power of judgment and prediction through the horoscope. Along similar lines I suggest that the interpretation of horoscopes is to be understood as divination. But what do we mean by 'divination'?

For this to say anything useful we must put to one side vague ideas of intuition, and recognise that divination involves the manifest and the concrete. The issue becomes explicit when we compare horoscopic astrology with other recognised divinatory practices. Whatever the differences in scale of reference, technical structure and symbolic content, we are invited to see that the casting and interpretation of the horoscope is in principle similar to laying out a Tarot spread, using three coins to consult the I Ching, or reading tea leaves.

This claim is provocative but on its own it does not get us very far, and it has trouble standing up unaided. There is a seemingly compelling counter-argument based on astrology's objectivity and its relation to Time, inseparably bound up with our real-life experience that astrology works. It is only when we take this on that the implications of the divinatory interpretation open up.

The usual objection to the divinatory interpretation of horoscopic astrology goes something like this: "OK, astrology and Tarot and I Ching all use symbols but the comparison ends there. Perhaps some practices of astrology, for instance horary, may be like divination because the time of the horoscope depends on a decision by an individual to consult the stars. But the mainstream of horoscope interpretation, and above all natal astrology, isn't like divination at all. My horoscope is like me, it describes features of my personality, and the planets really were there at birth, a moment in time given by fate, the cosmos, or nature, independent of any act by the astrologer. I had my Saturn Return at age 29, and it was like the books say, and I would have had it even if nobody had ever told me about astrology. The same applies to transits - the planets are really there, and their positions are in the ephemeris whether I bother to interpret them or not. So, although it is a big mystery how it works, there is some sort of objective pattern here which seems to govern or inform how my life unfolds, revealed in the horoscope at the moment of birth."

Convincing though this orthodox position appears at first, it nevertheless rests on assumptions that do not match the phenomena we encounter in practice. It takes for granted that the astrological effect is a universal and constant phenomenon (at-all-times, in-all-places, independent of any astrologer), with the heavens stamping out correspondences at the origin moments of all things. This locates astrology as a lawful phenomenon of Nature, and it connects the judgment of particulars of horoscopes with the universal realm of Natural Astrology. Here is the claim for the scientific foundation for the horoscope, first articulated by Ptolemy.

The orthodox taken-for-granted justification for the horoscope has suffered a setback in the 20th century in our failure to empirically validate natal astrology. Against the expectations of astrological research, when the power of statistical analysis has been brought to bear on the hypothesis of the 'universal and constant' indications in horoscopes, then almost nothing worth reporting has been found. We cannot even be rescued by the findings of Michel Gauquelin concerning the correlation of planetary placings in the diurnal circle with career, since these do not belong in the realm of horoscope interpretation. The small variations discovered, immensely significant over large samples though they are, have no direct connection with the way judgments are formed in any single horoscope. It is not just a question of lack of consistency with traditional methods, as if we simply need to tinker with a few rules here and there.

I suggest that these large-scale traces of symbolism belong more to natural than to judicial astrology. These statistical variations are showings of the mass, not of the individual, they constitute a different order of astrology's phenomenon, and at no point can they secure a meaningful interpretation in the unique case. Gauquelin's results marvellously confirm traditional planetary symbolism, just as they point indirectly to the significance of the angles, and these are facts of cosmological consequence, not least for their exhilarating challenge to materialist science. Yet despite all this, as Gauquelin correctly observes, from this perspective 'the horoscope falls down'. It is a misunderstanding to imagine that these findings validate natal horoscopy.

We learn something most important from the consistent failure of scientific research in astrology, for it points to the inaccessibility of divinatory/judicial astrology to empirical method. This in turn suggests that what we take to be simple fact-statements in our everyday astrology - Taurus is stubborn, Mars is anger and red - are not simple facts like tables, chairs and molecules. Although they spring to life as literal and objective interpretations in each one-off case of a horoscope analysis, they remain expressions of a universal symbolism that has generated them. Particular horoscope interpretations of universal symbols are true in so far as they are relevant in the one case under consideration, but never for a statistical population of cases. I have called this feature of the phenomenology of divination the unique case of interpretation. What it means for astrology is that we only ever meaningfully interpret one-off unique horoscopes for one-off, unique human situations, allowing the revelatory light of astrology's universal symbolism to illuminate the wholly individual contours of our encounter with human being.

The counter-divination argument is at root bound up with the authority of the objective moment of time. The planets 'really were there' on the day and at the time I was born, and really are there for my transits. Yet this simple assertion of astronomy disguises a profound problem. The case of wrong maps working is perhaps the best-known expression of the divinatory position. There are few professional astrologers who cannot tell a rueful tale about having the wrong time or even the totally wrong chart for a client and going on to give an unusually effective interpretation or prediction. We are not talking about generalised character readings, either - these wrong maps can work with high focus symbolism on exact timing and synastry to angles. I have had this experience - have you?

A variant of the same principle is the phenomenon of different rectifications of the same horoscope yielding independently useful results. In the same vein is the not uncommon phenomenon of the radical 'stated time chart'. This occurs where the subject asserts the round hour time of their birth (say, 2 pm), which time then yields precise results when treated with close technique and minute of arc on angles for 2:00:00pm, as if it is a highly accurate birth time. This is not to suggest that all wrong maps work - but then again it is far from clear that all 'right' maps work. In any case, what we mean by a horoscope working cannot be said to be securely established. Neither does a divinatory approach suggest that 'anything goes' and we can simply make up maps.

Let me at this point take on some observations that are usually held to contradict the approach adopted here, but in fact do no such thing. There is firstly the striking phenomenon of an astrologer feeling dubious about data, rectifying, and being proved correct from the discovery of a birth record. Then there are a few astrologers, Robert Hand notable amongst them, who insist that they have an intuitive sense of a map not being right. On a point both of practice and of logic, however, such possibilities do not answer the divinatory interpretation since there appears to be no way in which we could distinguish the difference in astrological method between successful interpretation of a right map, from successful interpretation of a 'wrong' map. There is therefore no ground for ignoring 'wrong maps working' other than the a priori denial based on the Ptolemaic tradition.

The challenge to objective temporality in astrology does not undermine the symbolic power of revelation of a truly crafted natal horoscope. What it does do is remove fake determinism and relocate the defining mystery of symbol back and behind its projection and clock-time objectification. I use the word 'projection' advisedly, pointing to the rich seam of exploration along the lines of Jung's psychology. Seen in this light, the assigning of significance to an objective moment of time is part of the wider process by which archetypal contents are constellated in perceived reality.

A common criticism of the divinatory approach is that if true, it pulls the rug out from any attempt to test or improve our tradition. This objection connects with the idea that divination is purely arbitrary and subjective, since any technique or manipulation of symbols can be chosen if this is 'just' an act of imagination. The reply, in brief, is that it is a misperception to suppose that in the realm of divination 'anything goes'. On the contrary, sophisticated and credible systems of divination are a rare breed. They also show the characteristics of shared language. It will pay us to study the functions of divination and the conditions under which symbol traditions hold their integrity over time and across cultures. As we enter the third millennium of our tradition, astrology's kinship with divination is amongst the most imperative questions that we are called on to address.

Cornelius, Geoffrey: "Is Astrology Divination - and Does It Matter?" The Mountain Astrologer October 1998, page 38. 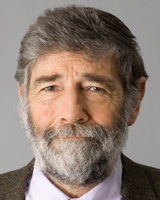 Geoffey Cornelius has authored many books about Western divination, philosophy, spirituality and astrology, including the highly acclaimed The Moment of Astrology : Origins in Devination. He is an international speaker and a former President of the Astrological Lodge of London and editor of its journal, Astrology.