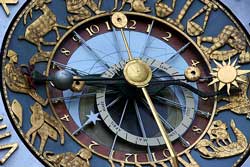 The English Language has many words whose etymology is derived from astrology.

Is it lunacy to consider that the flu disaster chronology has anything to do with astrology – even on a Sunday?

The English language has many words whose etymology is derived from astrology – some are obvious, some are not. Some of the obvious ones are lunacy and lunatic – derived from Luna, the Moon. It is thought that the position and phase of the Moon affects people's mental states, thus the astrological etymology is rather direct.

The days of the week in many instances are also astrologically derived. Sunday (Sun), Monday (Moon), and Saturday (Saturn) are all readily apparent in English. Tuesday, Wednesday, Thursday, and Friday seem different – but only because English is from the Germanic family of languages and some of the days are named after the northern European equivalents of Mars (Tew), Wotan (Mercury), Thor (Jupiter), and Freya (Venus). The connection is a bit clearer in Romance languages.

Some words that find their roots in astrology are far less apparent. Consider this – consider is made up from the Latin con (meaning with) and sidereus (starry; relating to stars; heavenly; star-like – the same root as sidereal). When one says they are going to consider something, one might just mean they are going to consult the astrology of the matter.

Similarly, the word disaster is a combined word with Latin roots – dis (bad) and astrum(star).

An even more obscure astrological origin is the word flu – or as it is fully known, influenza. It comes from the Italian through Medieval Latin – meaning that epidemics were thought to be under the influence of the stars. Chronology has its origin in Chronos, the Greek version of Saturn, the Lord of Time.

When someone wishes someone "Many Happy Returns" on their birthday, they are referring to Solar Returns – an astrological technique using the time once per year when the Sun returns to the position it occupied in the Zodiac when the person was born.

Astrology permeates the English language to a degree not realized by the public – or even those who are well versed in astrology. Perhaps this will inspire some to examine even more words and terms – and there are many of them – for their astrological roots.

Published by the Astrological News Service and re-published here with their permission. 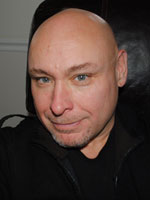 Frank Piechoski is a professional astrologer from Philadelphia who approaches the subject from a practical perspective. He has been practicing professionally for more than 25 years and has been doing charts for more than 40 years. Frank has lectured regionally, nationally, and internationally at various conferences and workshops. His astrology influences range from Hellenistic to the Modern. Providing information his clients can actually use is his main aim.